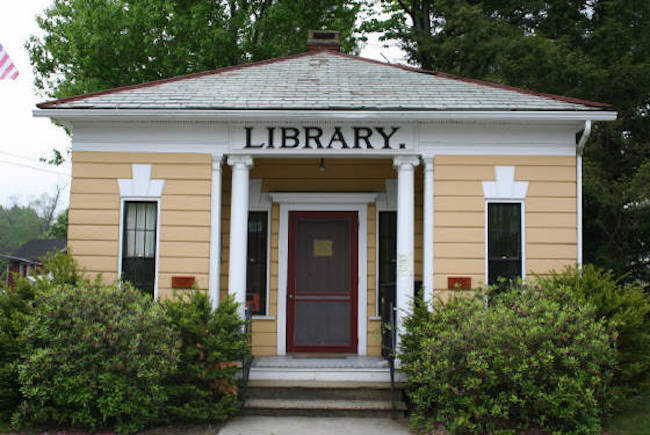 The Haydenville Library Association was organized in 1884 for the purchase of books, and first opened in the Center School in town.  The present small library building in the center of Haydenville was given by Miss Anna I. Hayden (1835-1912), daughter of Josiah and Ann Lewis Hayden, about 1890 in memory of her brother, Charles Rowley Hayden (1845-1886), whose portrait hangs near the fireplace. 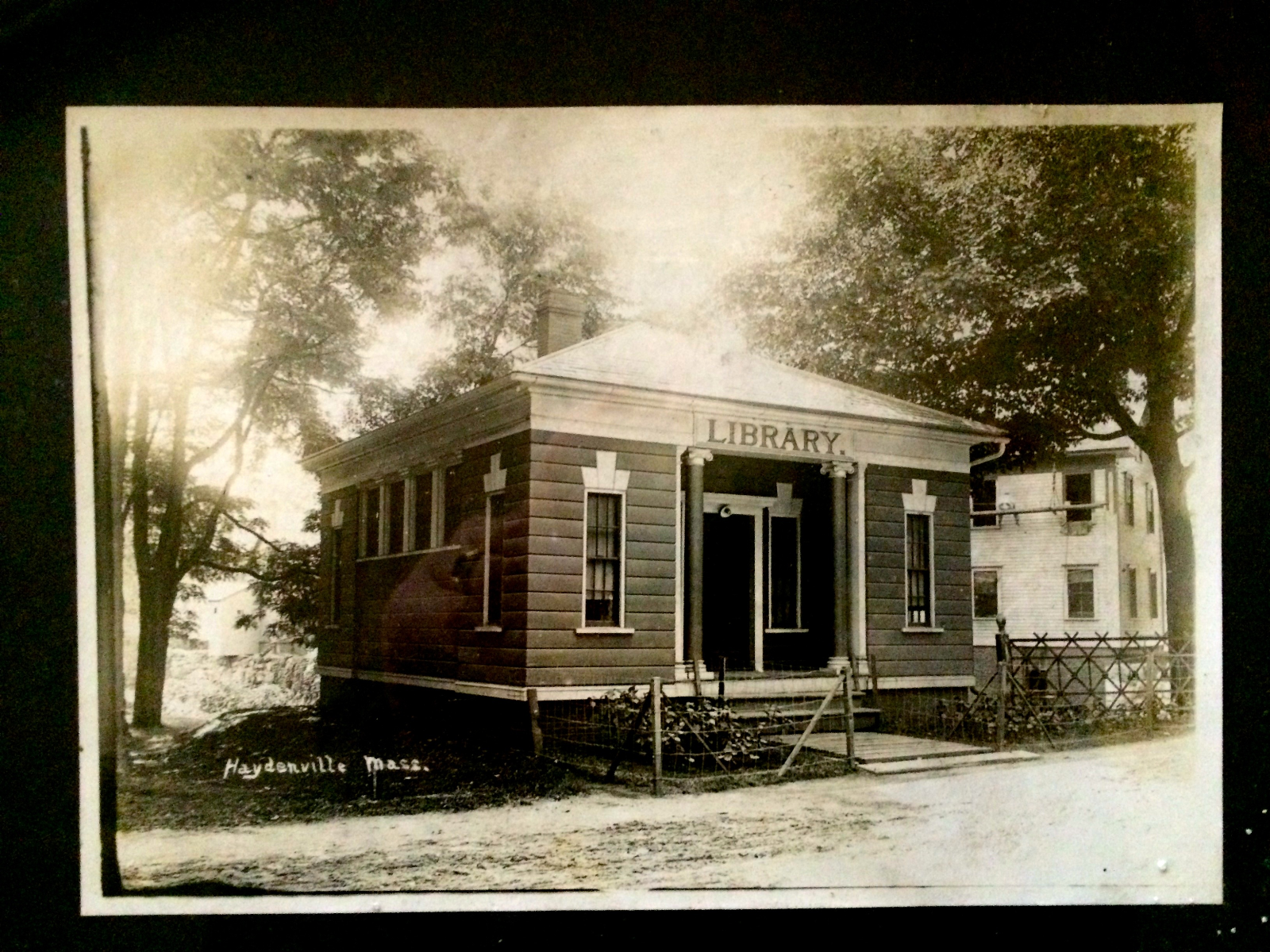 The Meekins Library in the center of Williamsburg was built in 1896 and opened in 1897.  The original library building and the start of the library’s collection were funded by a bequest of more than $30,000 left by the widowed and childless Williamsburg farmer Stephen Meekins (1812-1894).  Under the terms of the bequest, though open to the public, the library was not owned by the town. It was incorporated in 1907 and governed by a board of three trustees chosen, one each, from the three Protestant churches in town.

The building was designed by Putnam & Bayley Architects of Northampton, Mass., and constructed of grey granite from Monson, Mass. and pale sandstone from Ohio.  Each window has an upper panel of stained glass.  Around the frieze at the top of the walls are inscribed the names of authors and others who were renowned at the time (some, but not all, still are).  Two mottoes also appear there: “Wise Men Lay Up Knowledge” and “Knowledge is Power.”  Two columns of polished Aberdeen red granite flank the doorway.  The building was dedicated in February 1897.  The Meekins Library sits next to the West Branch of the Mill River, which is contained on both sides by high walls.

The library was expanded in 2003, when the former Porter House (more recently known as the Mayer House) on the neighboring site (pictured in the top photograph to the left of the library and subsequently moved to a lot at the rear), was purchased and demolished to make room for a major library addition, gardens and parking area. Also in preparation for the expansion, the Massachusetts General Court enacted legislation (1997 Chapter 0095) to allow the library's corporate trustees to turn the library over to the town and become publicly owned.

The beautifully landscaped grounds and gardens were designed by landscape architect Nick Dines.  The newest River Terrace Garden was added in 2014 and named in honor of long-time Librarian, Lisa Wenner, at her retirement.